Contact Us
Blog > Latest Articles > Automation Testing for IT Teams

Automation Testing for IT Teams

Testing is a crucial part of software development. It’s the phase where QAs and developers investigate the performance, functionality, and security of a code.

Sadly, testing is also one of the most costly and time-consuming phases. That is especially true in the case of manual tests. That’s why more organizations are shifting to automated testing solutions.

If you’re thinking of taking a similar path for your development team, then you’ve come to the right place. In this review, we’ll discuss everything there is to know about automation testing. But let’s get the definitions out of the way first.

What is automation testing?

Automation testing is the utilization of automation tools to analyze software. The tests are conducted to validate the code and ensure it performs as intended. They also screen the overall vulnerability and security of an application before it’s deployed.

There are many types of automation tests designed to perform different tasks. In most cases, organizations use more than one.

Here are some of the common types:

The decision on which tests to automate will ultimately depend on your company’s needs.

Why is automation testing beneficial for your team?

Automation testing requires a considerable investment in funds and effort. Nevertheless, it brings many benefits. Here’s how adding automated testing to your workflow can benefit your team:

Test automation speeds up the software development process. You could deploy a broad test, and the tools will produce results within hours. The efficiency is much higher than typical manual tests.

As a result, automation tests allow organizations to make and launch software products within a short time frame without affecting the performance and overall quality of the software.

The tests are also useful for inspecting products that are already on the market. You can identify and resolve bugs without inconveniencing end-users too much.

Automated tests require little to no human intervention. Once the test is initiated, there’s virtually nothing else for you to do. Therefore, it creates more free time in your employee’s schedules.

Take advantage of a scheduling app so these hours can be put to good use. Optimize every developer’s schedule with the tool. Not only does this eliminate idle time, but it can also reduce the time-to-market of your products.

When developers are more productive, they can focus on making new features and performing the more critical tests that cannot be automated.

The majority of test results produced will be more accurate and reliable.

Manual testing may be effective for small-scale tests, but it’s challenging if you want to conduct multiple tests. Sure, it can still be done, but you’ll need a bigger team, and they’ll spend a lot of time on the project.

That’s not a problem if you decide to automate tests. Automation tests have broader coverage. That’s crucial, especially when you consider how complex modern software projects have become.

The initial cost of developing automated tests is quite high, probably higher than utilizing manual tests. That’s why some organizations, especially those with limited budgets, have a harder time adopting the technique.

But here’s the thing. The long-term cost of owning and using automated tests is usually much lower than manual tests. Once you acquire the tools, there will be little to no additional charges when testing your products. The ROI for automated testing typically increases over time:

On the other hand, the cost of manual tests rarely drops. If anything, the tests can get more expensive as wages increase.

How to perform automation testing?

Now, let’s take a look at how you can use automation testing in a way that aligns with your business plan. Here are some tips to help you maximize your ROI when using automated software testing tools.

For all its benefits, it’s still unrealistic and ill-advised to automate every test. Certain inspections are better done manually.

For instance, one-time tests or events are not worth the automation effort and investment. Some functions are also better analyzed by a human. A good example here is GUI tests.

While automated tools can test the physical elements of a UI — like buttons — only a human eye can tell if they look great. Also, your end users are human, so it’s not wise to rely on code alone to tell you how a UX feels and looks.

Generally speaking, automation is more beneficial for the following:

Once you identify the tests, it’s easier to create your automation plan and find the necessary tools.

You must use the right tools to get the most out of your tests. Below are some considerations to help you choose the right testing tool. Pick the one that addresses your needs.

Do your research and ensure the tool you’re acquiring is compatible with your existing ecosystem. It should work seamlessly with your test management solutions, CI/CD tools, and other relevant applications.

While doing this, remember to consider your long-term needs. A testing tool can only give you a good ROI if it remains relevant and useful for a long time. Therefore, think about the future OSes and apps you’ll be using. Will the testing tool be compatible with those platforms as well?

Ability of team to use tool

Check the tool’s language and think about the competency of your developers and QA team.

You want to get a tool that your testers will be able to use with ease. That saves you time and extra expenses that you’d have to incur when teaching your team. It also reduces the likelihood of ruining the test process due to user errors.

A feature-rich tool offers more functionality that can enhance your testing process.

For example, record and playback capabilities help simulate user activities during the test process and help screen software for performance issues. That’s why popular testing tools like Selenium and Ranorex will always provide this feature.

Ensure the tool you’re getting has all the relevant features for your current and future software testing needs.

It’s very tempting to adopt an open-source tool due to its low initial cost. Unfortunately, these tools are not always the best option.

Sit down and compare the effectiveness of these tools before settling on any. You should also know that open-source tools rarely come with any support in terms of patches and maintenance.

Finally, before you adopt a testing tool, let your QAs and developers get hands-on experience with it. Then answer the following questions:

You don’t need to limit yourself to a single tool. In fact, it’s good practice to invest in multiple testing tools. When you invest in multiple tools, you’ll always have the resources to perform different software tests. In other words, you can future-proof your testing process.

An all-in-one or all-platform testing tool, though, can also fall short in certain parameters. It’s also possible you don’t need to invest in a complex tool if you can get the results you need with two separate tools.

Structuring and storing your data properly also prolongs its shelf-life. It’ll make it easier for you to add new data to the source files without altering the test itself.

We have to admit that creating test data is not exactly the most exciting part of the software development process. However, you can reduce the workload by using a testing tool with a data-generating capability. Those tools make it easy to create different data types like strings and integers. They’ll also let you save the data in your preferred file, e.g., excel, XML file, among others.

Automated tests can easily be affected by changes in an application. For instance, if you change items like file locations and names between different application builds, your test will not work correctly.

You’ll have to alter the test and include all the new changes for the test to run successfully. That’s a lot of work you don’t want.

To avoid this, assign unique names to the controls to keep your tests functional even as the application goes through different development stages.

Doing so will also allow you to use the same test with future updates of your product.

Some believe automation testing is the way to go. But the question is, can a company rely on automated testing alone?

The truth is, manual and automation testing have their unique pros and cons:

Automated testing is great in various ways but it’s misguided to think that manual testing is no longer required. The subject shouldn’t be about choosing between them. Instead, organizations should focus on implementing both tests in a way that benefits the development team.

For instance, elements like GUI appearance shouldn’t be tested by codes. Let manual testers do that. On the other hand, extensive and time-consuming tests should be done by automated tools.

You’ll need to work with your development team to know which tests to perform manually and which ones to automate.

You should also know that automation testing is, in a way, not 100% automatic. The tests run automatically, but you still need testers to write the scripts and interpret some results.

Automation testing helps organizations perform multiple software tests at a faster rate while maintaining high standards. However, you have to choose the tools correctly. Look at your testing needs and testers’ capability before settling on any tool. Get a trial, too, before investing.

Also, remember that an organization cannot rely on automation tests alone. For all their benefits, automated software tests still fall short in some areas. You need to complement them with manual tests.

Ultimately, it is you who decides which tests to automate. Consider your business needs and you’ll come up with the right decision.

Owen Jones is the Senior Content Marketer at ZoomShift, an online schedule maker app. He is an experienced SaaS marketer, specializing in content marketing, CRO, and FB advertising. He likes to share his knowledge with others to help them increase results.

Sand Studio is a customer-first company that builds software designed to improve efficiency and productivity for individuals and business of all sizes. Our solutions include mobile device management, remote control, and remote support. 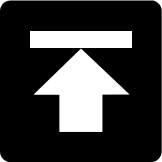