[New] AirDroid v3.1.6 Update, Stream Your Phone’s Screen to the Web, Without ROOT

Have you ever tried to stream your phone’s screen to AirDroid Web in the early time of AirDroid? You may have enjoyed that feature, casting the phone’s screen to PC to demonstrate something. Or you have been forced to stop exploring it because of “Root Required”. Now, the feature – Screenshot – welcomes a major update: it now works for all non-rooted devices running Android 5.0+! 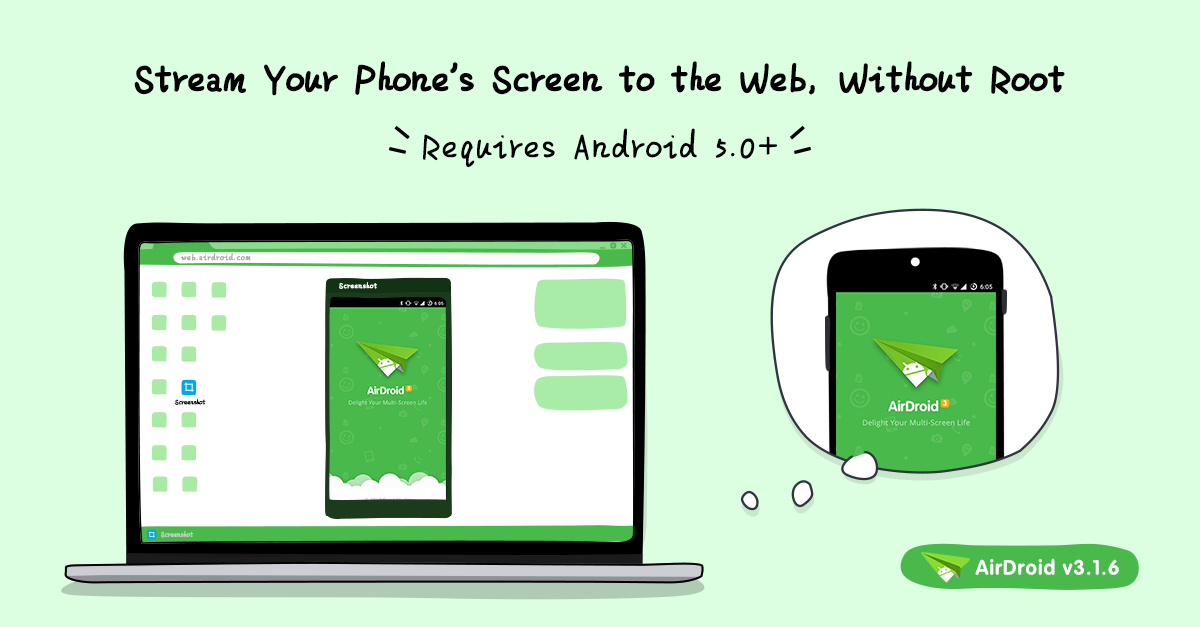 When you open AirDroid Web and go to Screenshot, you’ll get tips on how to proceed. The only thing you need to do is to tap Start Now button on the phone. If you don’t want to repeat this next time, remember to checkDon’t show again option: 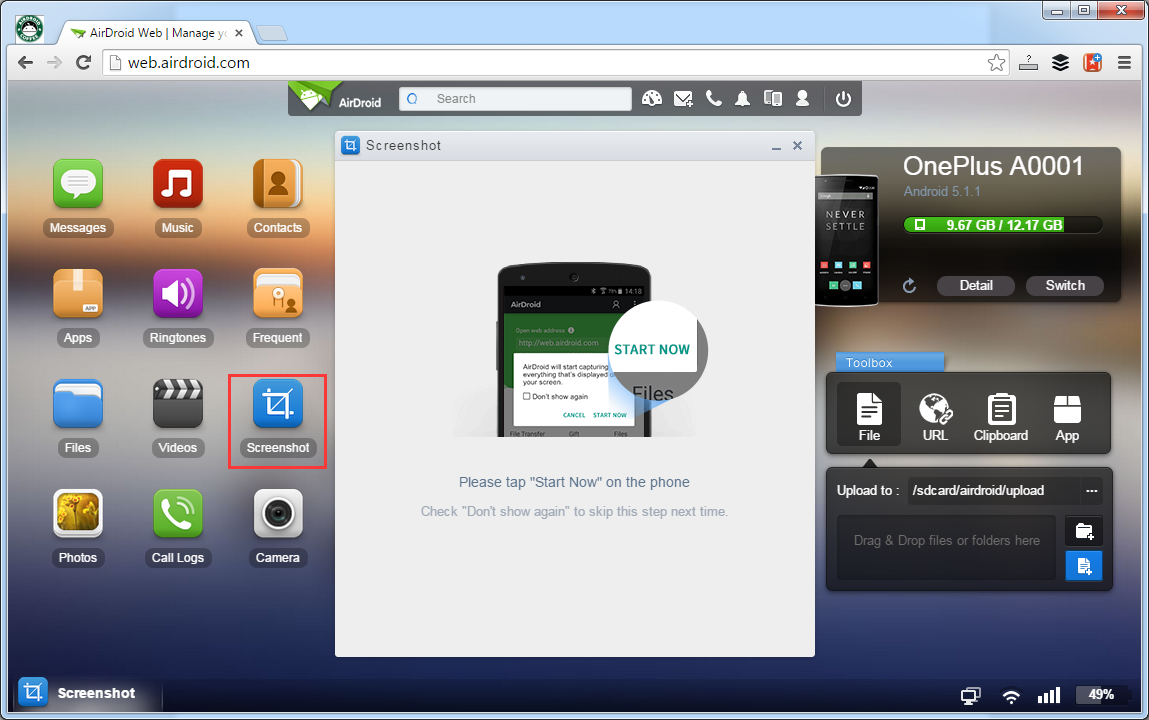 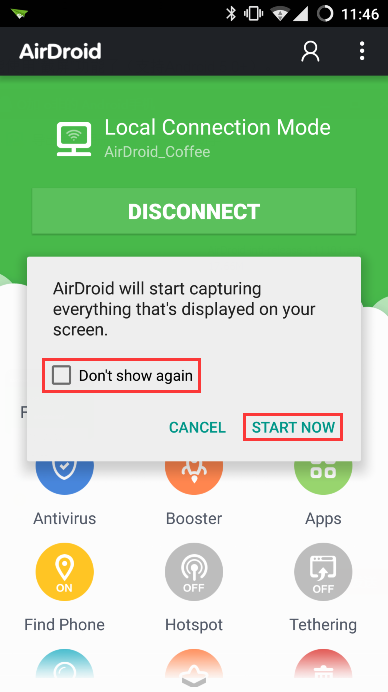 In the new version, you’ll find a significant improvement on the speed and image quality of Camera feature. We also fixed issues in creating new contacts for some devices and in external SD card not getting detected. For more info on managing files in extSD, check here: [Help & FAQ] How to Manage Files Saved to External SD Card on Android 5.0+?

What’s New:
Screenshot now works for all non-rooted devices running Android 5.0 or above.