Remember the classic scenes of Professor X reading the mind of others in X-Men? It’s pretty cool. But we know that’s not real. How about apps that can read your mind? That’d be much much cooler! Co & Do’s Channel this week is gonna recommend you such an app that will “read” your mind: Gravity Screen – On/Off by Plexnor. 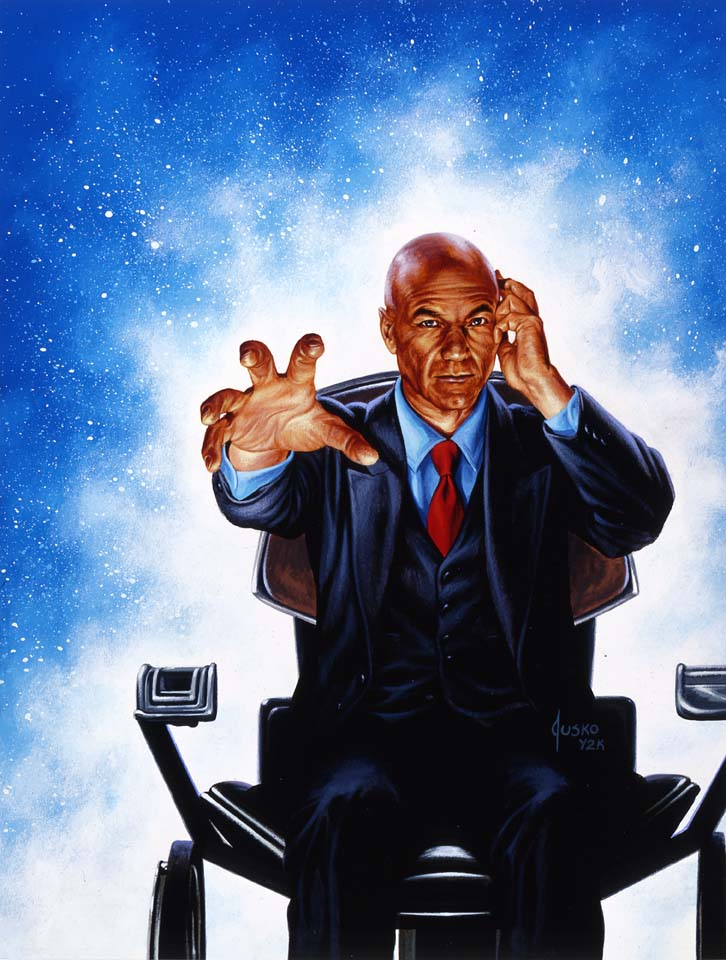 (pics from the Internet)

Unlike other apps, you’ll be greeted by a row of settings instead of icons when you open this app: 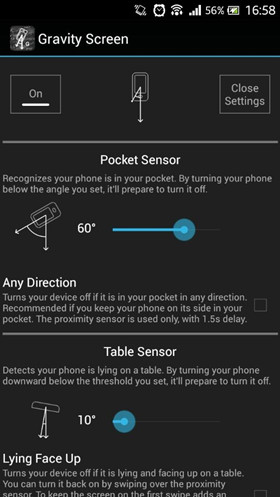 Seemingly complicated? Nope! You’ll find this app quite simple when you continue.

Gravity Screen ­On/Off determines whether to turn on or off your phone’s screen by using gravity sensor and proximity sensor of your phone. It is also based on screen orientation and motion detection.

If you leave all settings of this app as default but find it doesn’t work properly on your phone, you may try increase/decrease the angles at which the screen will be turned on/off or modify the sensors’ sensitivity level. Customized settings usually perform better than default ones: 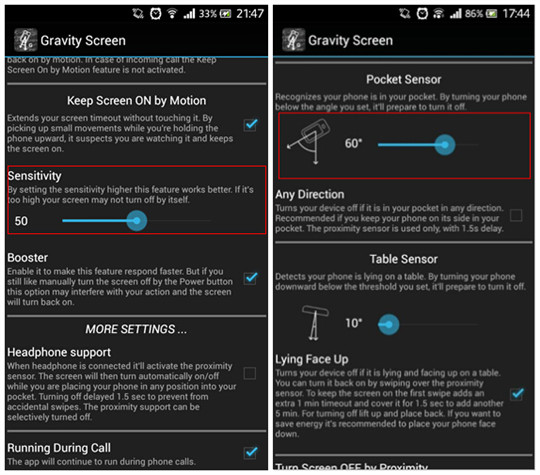 Generally, this app works well on my phone most of the time. But according to the developer, the accuracy of this app varies from one phone to another, which mainly depends on the preciseness and accuracy of your phone’s sensors. It is recommended to do some tests before you start using this app.

One thing that may bother you is the battery. Personally, I don’t experience serious battery drain issue with this app. One tip for saving battery: place your phone face down when you don’t use it.

Feel excited about this app? Does anyone think about installing this app on the phone with a broken power button? I did. I was thrilled when I found this app at first, thinking that I can use my Nexus 4 normally though the power button is broken. But then Dora reminds me, “Hey, so you need to make sure that your phone’s battery will never die.” That’s indeed true. But it doesn’t really matter. Not all of you suffer the same pain as me. Anyway, just give it a shot. And don’t forget to share with those whose power button is broken, may be a lifesaver 🙂

Gravity Screen – On/Off is available on Google Play for free. It also provides a pro version which will cost you $1.97.