Recently, my Facebook has been flooded with some short films when I was browsing casually. In those short films, my friends were dancing, or dining or farting which were so hilarious and I can’t help laughing. Then I found out that all these short humorous films are created using an app called Framy.

Framy is an app that helps you to create a short film to tell your own story and share humourous moments with your friends. What you need to do is to take a photo of your own facial expression and then Framy will add some hilarious action to it and make the short film more vivid. Let’s check out how it works. 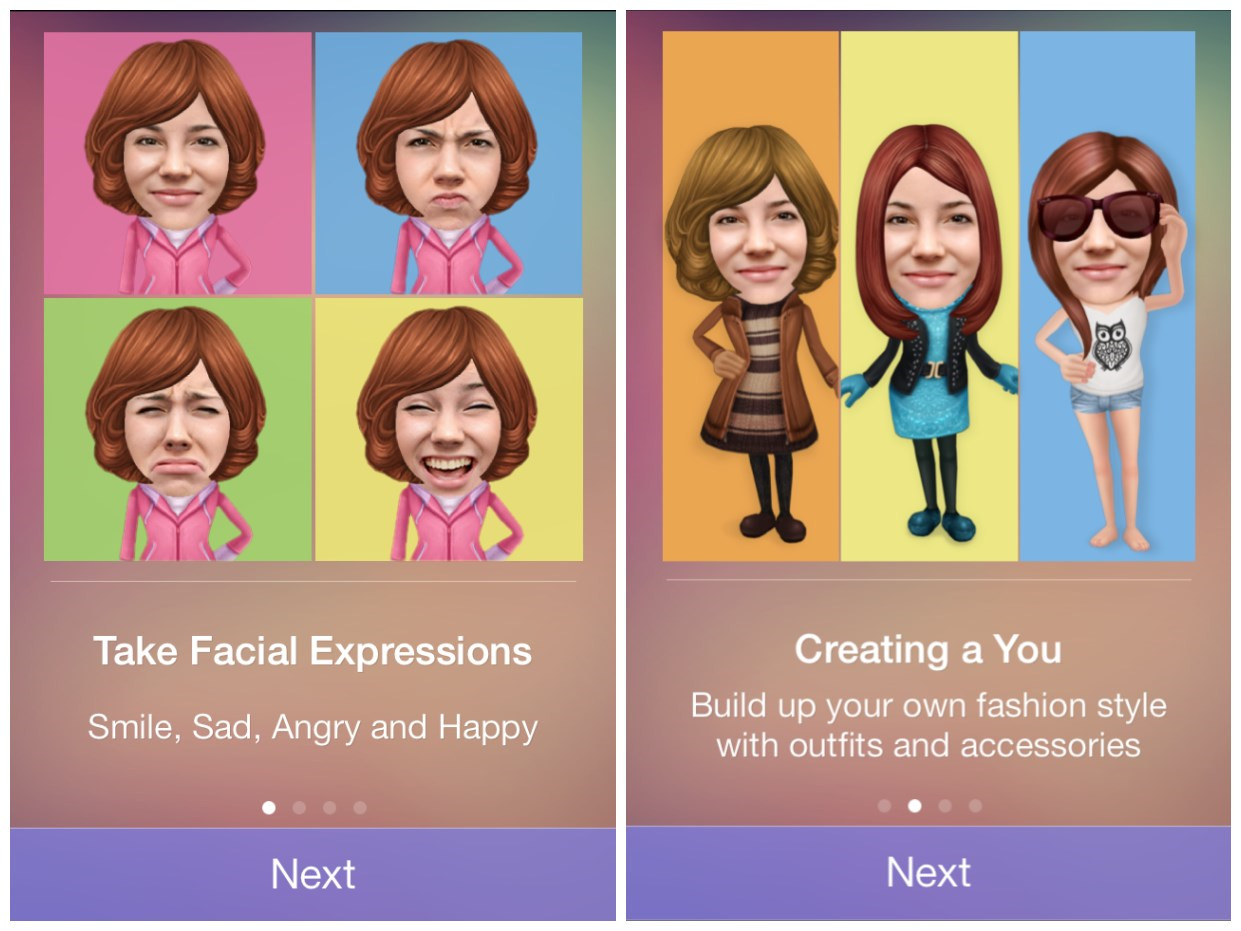 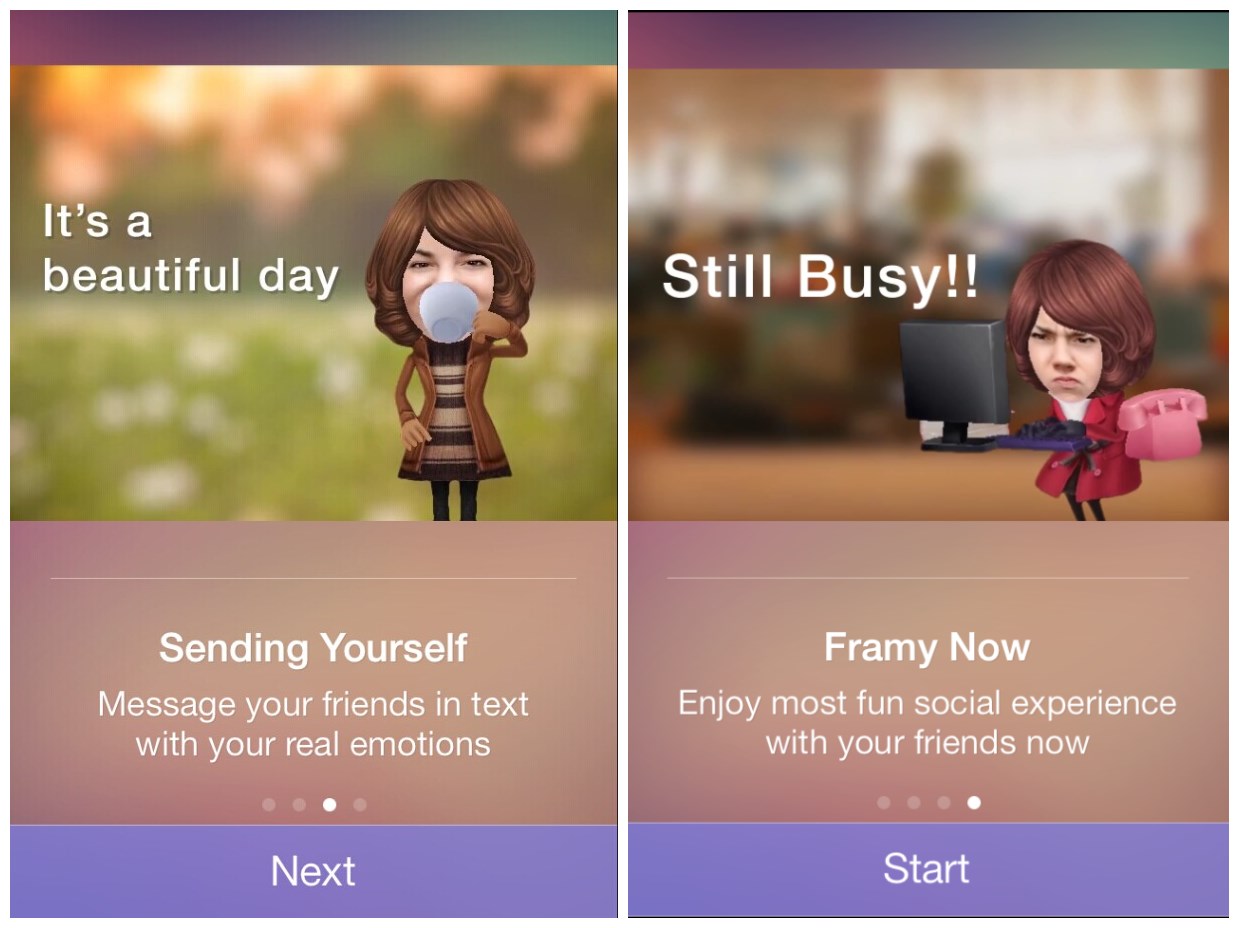 However, some people are just not good at taking photos, like me. Don’t worry. Framy has prepared some face samples for you to use in advance, including faces of a female, a male, a bear and a comic character. I think there should be one can match your story. 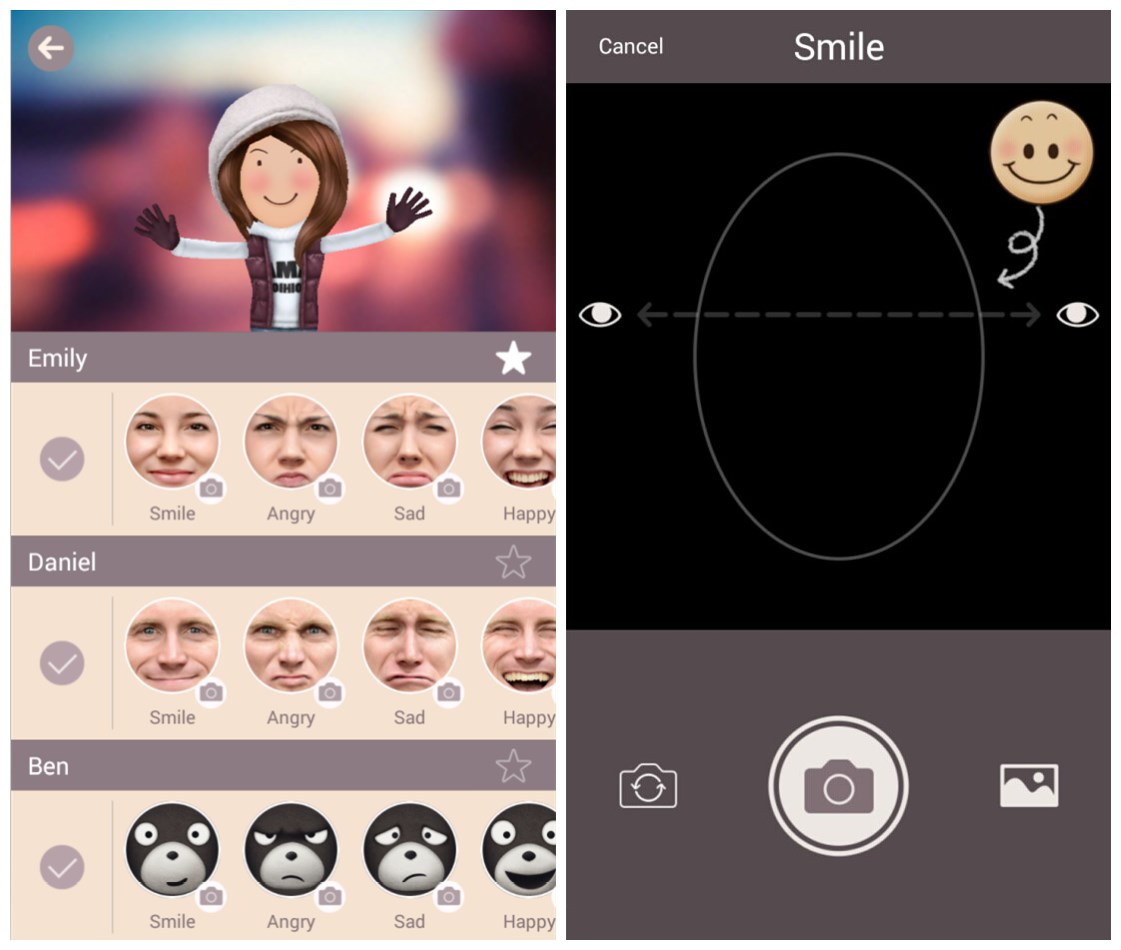 Second, once your perfect facial expressions are ready, no matter it’s really you or you just pick up a face from the samples, you can create a “You” with outfits and accessories. There are tons of accessories to choose from, including clothes, hair styles and sunglasses. But currently the Android version Framy has less types of outfits and accessories compared to iOS version. 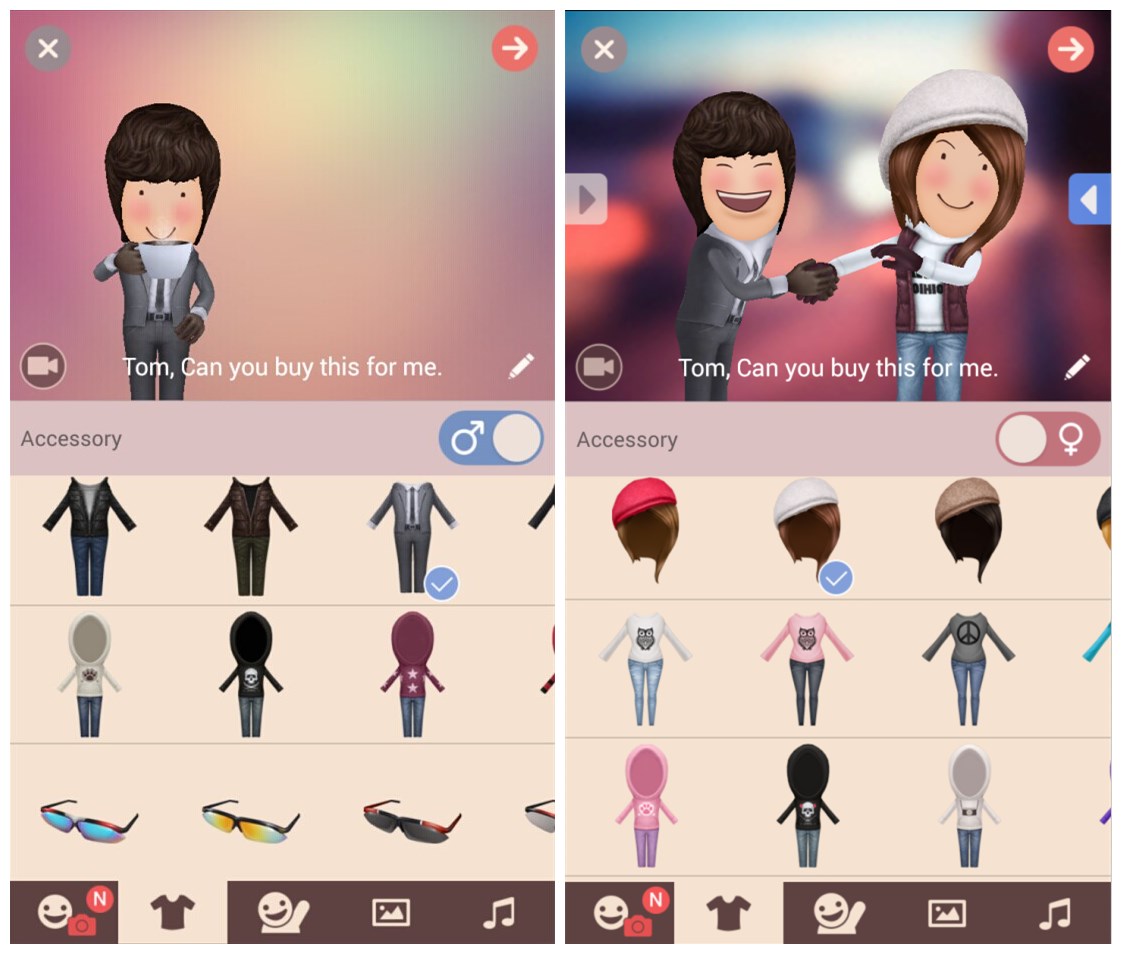 Third, it’s the most exciting part of Framy. You can choose from different kinds of animation to express your feeling or create your own story. The animations provided include lifestyle, friendship, fight, work, dining, talking, sports, love, happy, sad, angry. You can use Framy to create stories about every aspect of your life. It’s the most impressive aspect about Framy.

Once the animation is chosen, you can add some words to better express your own story. 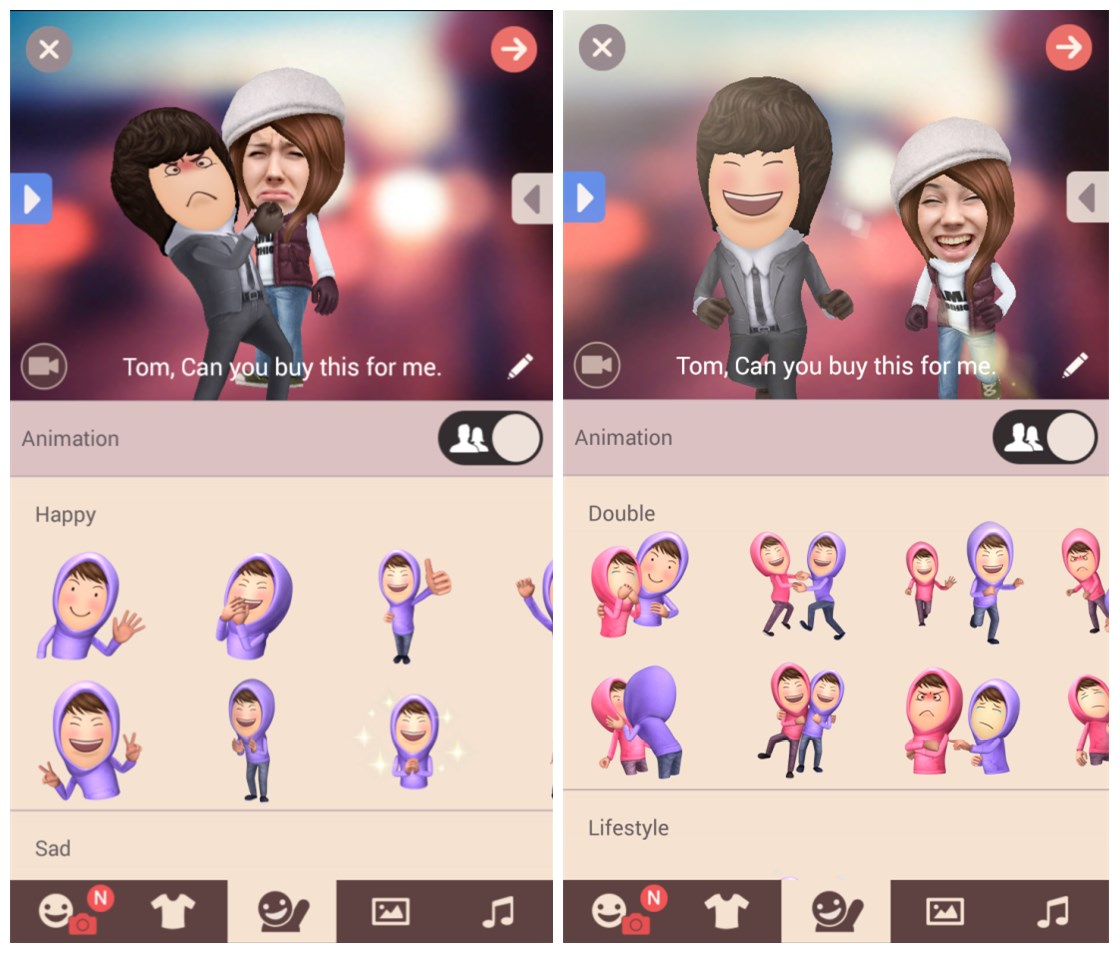 Fourth, You can change background to fit your story theme. Framy also allows you to upload your own pics to use as the background.

Of course you can’t tell your story without music. Different music for different themes is sorted out by Framy. You don’t need to spend time on searching a piece of music for it. If you don’t like any of these music provided, Framy allows you to record your own music. 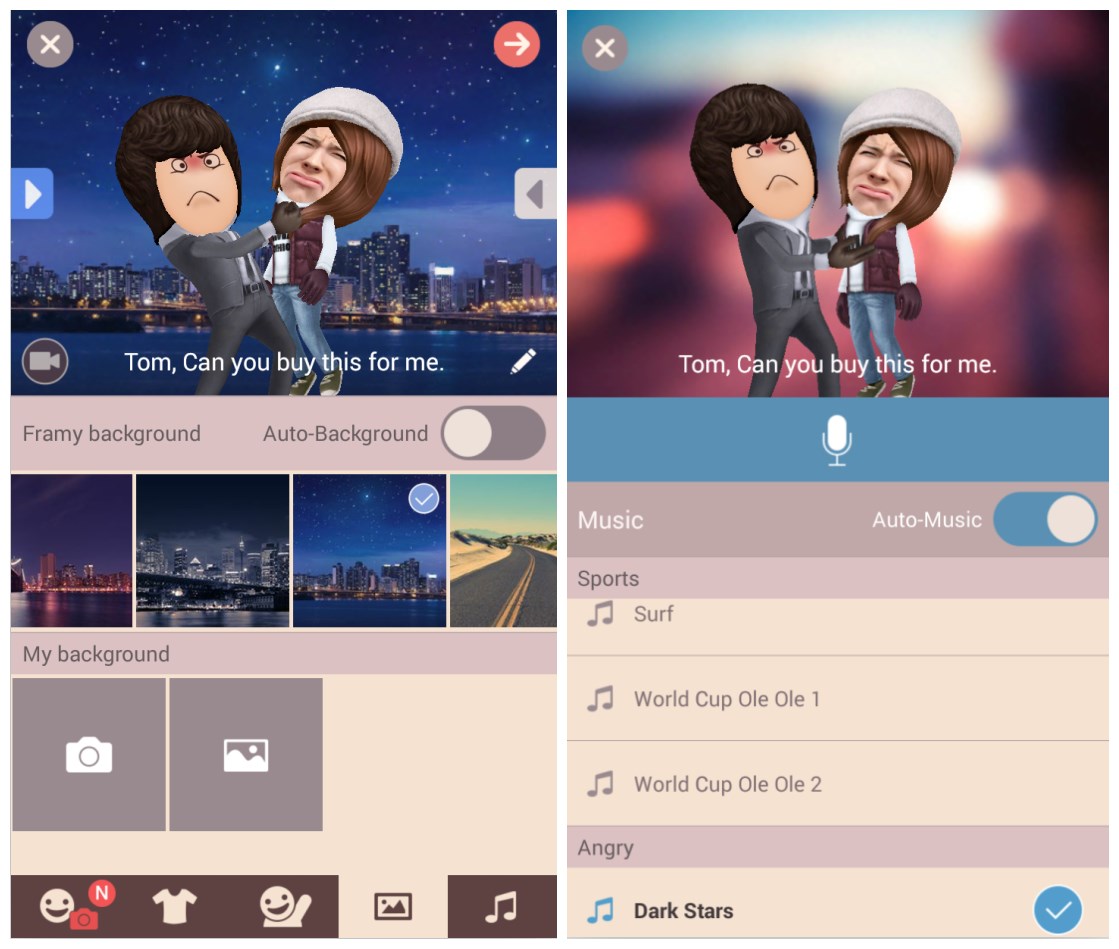 It’s a pity that Framy Android version does not allows you to export your masterpiece to share it with your friends who are not in you Framy friends list. Just give the developer some time and we can expect more in the next version. 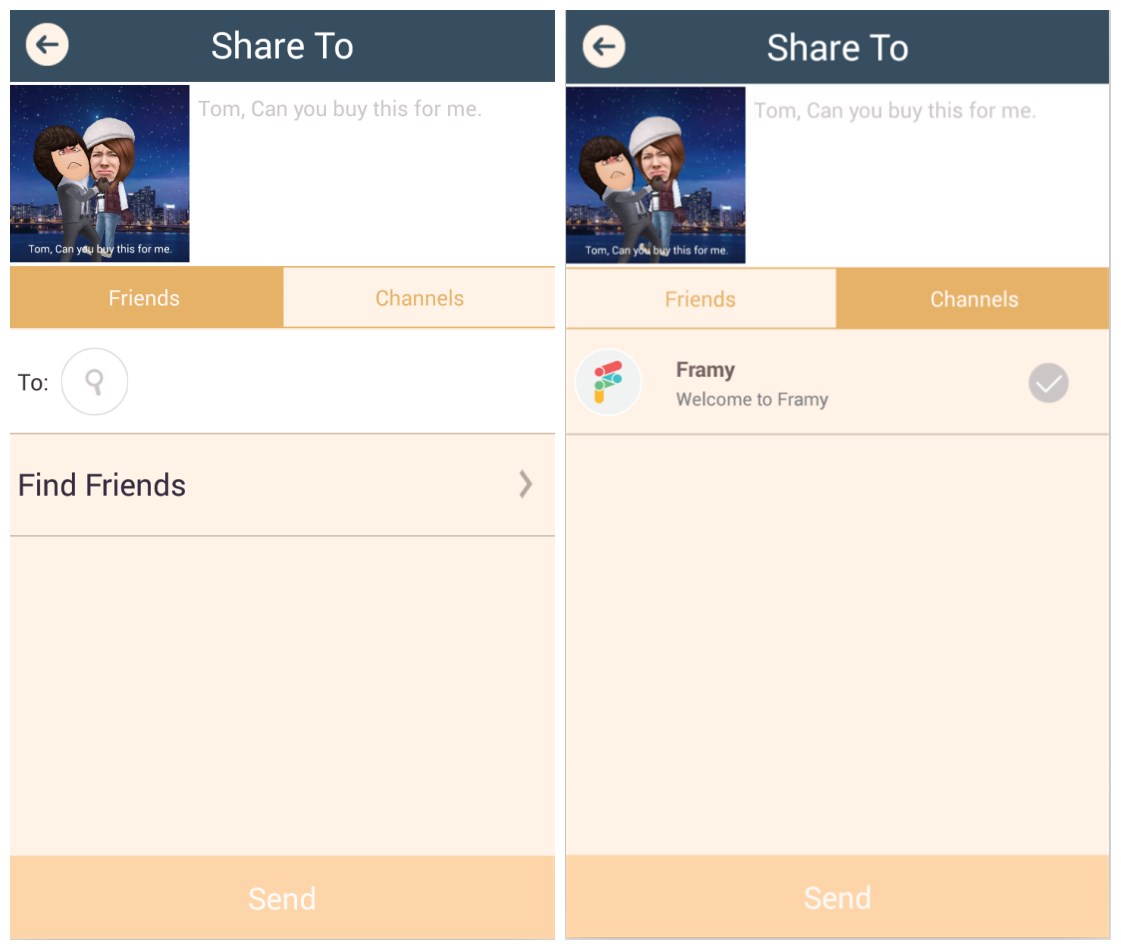 You will have a strong sense of achievement when you finish a short film. Framy is very easy to use and everyone can be a director to create their own story. Aren’t you excited? Just download Framy and start your director dream.